The Board of Directors of GYPA is comprised of 2 appointments from each Member entity. New Members must be federal, state or local governmental entities or federally recognized Indian Tribes, who are unanimously approved by the current Board of Directors. 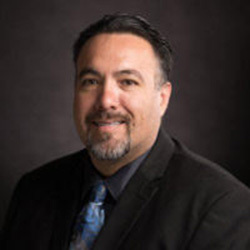 Matias Rosales currently serves as a proactive Council Member for the City of San Luis, AZ. He currently serves as Chairman of the board for the Greater Yuma Port Authority. He was elected on June 13, 2012, for a four-year term as Council Member of the San Luis City Council. Council Member Rosales was re-elected December 2016 and in 2020. He served as Vice Mayor for the City of San Luis from June 2012 to July 2017 and was recently appointed again in 2020. He has roots in Zacatecas Mexico and has been a business owner since 1996. Community Activities, Civic Organizations, Elected & Appointed Offices: Arizona Mexico Commission (AMC) Member, City of San Luis Parking and Traffic Commissioner, National Association of Latino Elected Board Members (NALEO), President-Elect of the Yuma Association of Realtors Board Director, Wish Granter for the Make-a-Wish Foundation for the Yuma Area, Border Trade Alliance Board member, and Yuma County Planning and Zoning Commissioner.

Frank Rascon is the owner of Frank's Trucking, a logistics company that serves cross border users.  He is the second generation company owner. Cargo hauled by Frank’s Trucking: General Freight, Household, Lumber, Building Materials, Machinery, Liquids Gases, Intermodal, Grain Feed Hay, Dry Bulk, Refrigerated Food, Paper Products. Mr. Rascon has been involved in the GYPA meetings, and formerlly serves as Chairman of the board.  He is currently the President of the Magrino Industrial Park Property Owner’s Association, His communication with CBP, ADOT, and SWAPU is referred to in the regular meetings when providing an update on port efficiency and flow of goods between Arizona and Sonora Mexico. 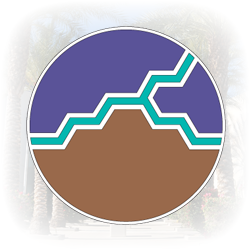 Council member Gary Knight is a Yuma native, who graduated from Kofa High School in 1965.  He continued his education by attending Arizona Western College where he obtained an Associates of Arts degree in Business in 1967. He served six years in the United States Navy where he was an electronics technician for the repair of shipboard communication and radar equipment prior to receiving an honorable discharge in 1974 and returning home to Yuma.   Upon his return, Mr. Knight obtained employment with local boat dealership Davidson Marine Supply, where he became manager then owner. He sold the business in 2006, continuing to work as a consultant until his retirement in 2009.

Mr. Knight was elected to a four-year term on the Yuma City Council in 2013, and re-elected in 2017. He was appointed Deputy Mayor in 2017, 2018 and 2019. He serves on the Yuma Metropolitan Planning Organization (YMPO) Executive Board and on the Board of Directors of the Greater Yuma Port Authority (GYPA) for the City.  Mr. Knight also represents the City on both the Chamber Transportation Committee and the Chamber Legislative Affairs Committee.

Shortly after taking office in 2018, Governor Ducey appointed Mr. Knight to the State Transportation Board for a six-year term representing District 6 (Yuma, La Paz, Mohave and Yavapai counties).  Each county in the district has a member from that county on the board every 18 years to serve a six-year term.   Mr. Knight is married to his former 6th grade schoolmate, Bonnie, and enjoys the Yuma outdoors spending his free time trap shooting, bass fishing and golfing. He has a son Kevin (Cana), a daughter Melissa and four grandchildren.

Wayne Gale has more than 42 years of experience in financial institutions. He has served in numerous positions such as branch manager, lender, chief credit officer, chief operating officer, chief executive officer, and was the President and CEO of The Foothills Bank from August 2008 to June 2013. Wayne is currently the President & CEO of 1st Bank Yuma.

Wayne has served on board positions with numerous groups. He currently serves as the Secretary of Yuma 50, Treasurer of Yuma Community Food Bank, Treasurer of Greater Yuma Economic Development Corporation and as the Secretary/Treasurer of Visit Yuma. Wayne was recently appointed to the Greater Yuma Port Authority by the City of Yuma. In the past Wayne has served on Boards such as Grays Harbor Chamber of Commerce, Grays Harbor Economic Development Council, Pacific Mountain Workforce Development Council, Several Rotary Clubs, Young Life and Junior Achievement.

Wayne is a graduate of The Graduate School of Banking at the University of Texas. He lives in Yuma with his wife Jeanne. Together they have 4 children and 7 grandchildren. 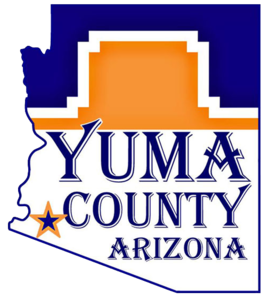 Ian Mcgaughey was appointed County Administrator for Yuma County, Arizona in 2022 and appointed to the GYPA board shortly after.

Ian McGaughey was named County Administrator for Yuma County in June 2022 after serving two years as Deputy County Administrator. He has 17 years of local government experience, including serving as City Manager for Somerton, Arizona, Town Manager for Clifton, Arizona, a department director in Tribal local government in Alaska, and as an elected Council member for a city in New York. He has broad experience in the private sector, including small-business ownership, professional communications, and public relations responsibilities. Ian holds a Bachelor of Arts in Communication from American University in Washington, DC, and a Master of Public Administration from Arkansas State University. He has been an ICMA Credentialed Manager since 2020.

He served as Vice Mayor of San Luis AZ for 2 years and as Mayor for 10 years and has been the Executive Director of Comite De Bien Estar, a Community Development Non-Profit Organization focused on Housing and quality of life issues in South Yuma County for the last 35 years. Mr. Reyes was elected to the Yuma County Board of Supervisors in a special election November 1998 and has been reelected every election cycle since then . He served as the Board Chairman for the first time in 2001 and has also served multiple times as its Vice Chairman. Mr Reyes represents District 4 , a district that includes the Cities of San Luis and Gadsden AZ and limited incorporated areas of the City of Somerton, AZ, it also includes both the East and West Native American Cocopah Nation Reservations and a large portion of unincorporated areas, that includes the US Mexico Border and the Colorado river boundaries between Arizona and California.

Mr. Reyes has served on many Boards and committees and is currently a member of the County Supervisors Association (CSA)the National Association of Counties (NACO) the Western Arizona Council of Governments( WACOG) Executive Board, the Tri-County Economic Development Board , The Greater Yuma Port Authority (GYPO), the Arizona Border Counties Coalition (ABCC) etc. and a former member of The National Hispanic Elected Local Officials, the National League of Cities and Towns, The American Council of Young Political Leaders and the Yuma County Planning and Zoning Commission among others. 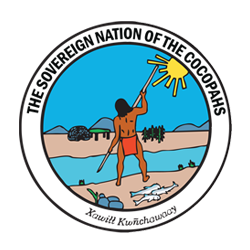 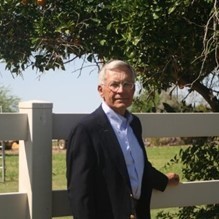 Gary Magrino is the “Founding Father” of the Greater Yuma Port Authority. He currently serves as the Business Development Office for the Cocopah Tribe. Specializing in logistics operations and leadership, he seeks leverage in broad executive leadership experience in senior role; offer track record of sustained operations excellence and leadership development within the logistics industry.

With more than More than 30 years of comprehensive experience in directing operations through strategic planning and effective management of staff and budgets. Accustomed to and effective in high-profile executive roles, making high-stakes decisions while overcoming complex operational challenges. Expertise in transportation policy development, transportation management and operations. A team builder capable of implementing best practices and motivating a staff to peak performance. Possess skills and abilities that are well suited to a variety of organizations.  Prior, he had a Trucking Company and has firsthand knowledge of logistical routes around Arizona, trucking regulations and how important location and efficiency is in trans modal freight.

Gary remains continually active with the GYPA Board, his initial idea was to lease the land within the Industrial Park to create a long-term asset for the GYPA. Gary’s vision for the Park was/is for it to house a multi modal model that would incorporate air freight departing from the Rolle Air field, a UP rail line that connected to Ferro Mex allowing access to and from Mexico, all in conjunction with efficient connectivity to SR-195 (RAVE) that lead to the main arterial of I-10.

The City of San Luis has exponentially grown, and that expansion has been more present towards the East side of town. Therefore, a rail line among a residential area would not be so welcome. Mr. Magrino stated regarding the rail line “Everyone wants to have a train, but no one wants to see one or hear it”. The YMPO is due to begin a case study that would outline the location of an ideal location for a rail line.

Eric Holland currently serves as the Tribal Planner and was appointed to the GYPA board.

Bio and image to come.

GYPA Board of Directors may appoint non-voting ex-officio members to the Board.