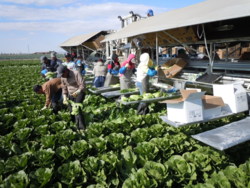 More than any other city in Yuma County, the prosperity of San Luis, Ariz., depends on the steady flow of people, vehicles and merchandise across the U.S.-Mexican border, Mayor Gerardo Sanchez says.

Most of the customers of businesses in San Luis come from neighboring Mexico, and Sanchez said in 2016 alone, more than 8 million people passed through San Luis I port of entry on their way into the United States.

That statistic reflects the huge economic potential cross-border commerce offers the Arizona border city. But it also points out the need to make sure cars and pedestrians don't back up in long lines at the border that, on the other hand, could discourage them from crossing the border, he said.

"We have always said that that has been our biggest challenge – the lines at the border, the wait by pedestrians and vehicles" to cross, he said. "Because if you have to wait two or three hours in line to cross, it's very likely you're not going to do it. We have had some success, but traffic on the border, especially that of vehicles, has increased a lot."

He and other San Luis officials have made repeated trips to Washington, D.C., lobbying federal officials to upgrade the border crossings to help expedite the traffic flow.

Sanchez concedes many of the border-crossers are destined for points beyond San Luis. But he figures they'll stay long enough in his city to spend some money, whether to fill up their tanks or to eat at a restaurant.

"We know that many people who cross here don't stay here, that they are going to Yuma or Somerton, but each time that they buy gasoline or buy something on the way, they leave money in the city. We have to make sure those people can cross more rapidly," he said.

"We have made progress" toward that goal, Sanchez said. "Since 2012, when I got on the council, and then as mayor, the SENTRI lane has opened, and then it became a 24-hour lane. Lanes for the Ready Lane program also were opened, and that has helped a lot."

But even as CBP was taking those steps to expedite traffic, the overall number of vehicles crossing the border at San Luis continued to increase year by year, Sanchez said.

The port of entry has eight lanes for northbound traffic, and Sanchez and other city officials have been lobbying lawmakers and other federal officials to double that number.

Such an increase would require not merely adding more lanes, said John Schwamm, director of the San Luis port, but rebuilding San Luis I.

The General Services Administration, the agency that oversees construction and maintenance of federal buildings, has included San Luis in its five-year plan for upgrades to ports on the U.S.-Mexico border, Schwamm said. But any new port construction at San Luis is subject to approval of funding by Congress.

GSA officials were not immediately available for comment this week.

Even then, Schwamm said, added lanes at San Luis I must be complemented by road improvements on the Mexican side of the border. At present, vehicles advance in three lanes in San Luis Rio Colorado before splitting up into more lanes at the port – a situation he likens to an upside-down funnel.

"You have to work this very carefully with the Mexican government," Schwamm said. "They are partners."

San Luis has a second border crossing on the east side, the San Luis II port of entry, which is reserved for tractor-trailers and other commercial traffic traveling between the two nations. San Luis officials have appealed to the federal government to allow private vehicles to share use of the crossing as an additional measure to shorten lines at San Luis I, located in the city's downtown.

GSA must do a study into the feasibility of such a conversion, said Schamm. Then the modifications would have to take place in concert with Mexico, which would have to make infrastructure improvements on its side to allow privately owned vehicles to pass through what has been a crossing exclusively for semi tractor-trailers. That, he said, requires collaboration and coordination with the Mexican government. 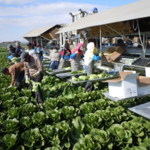 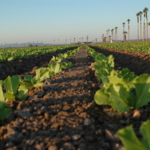 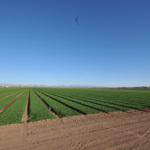